Is it possible to make the dying traditional crafts visible by documentation and to integrate and maintain them in the existing design system?

We have been listening to the foreign designers on the presence of crafts in Turkey and the advantages for quite some time. Consequently, the domestic designers have also gained “awareness” and started “internalizing” this discourse. On the other hand, since then, certain companies in the sectors like glassware, souvenir, etc. have started marketing their limited manufacturing with a discourse that glorifies handcraft. In the view of these facts, can we talk about a “return to crafts” in the Western sense in Turkey? If this refers to an artisanal mode of production in micro scale manufacturing, which has adapted itself to industrial capitalism, then, the answer is simply, “no”. Indeed, in order to return, crafts must have left the country, which is not the case, at all! If, however, it refers to an exaggerated emphasis on the handcraft in limited amount of manufacturing, it may mean a lot of things other than return of craft, including manufacturing mode of production.

In today’s production processes, theme of craft is being raised again as a mode of production in small places at a slow pace. The fact that crafts and their advantages are still present in Turkey gained importance as this issue came to the fore. On the other hand, this awareness, which is raised thanks to internalizing foreign discourses, still carries the risk of making this issue a victim of commercial pragmatism and imported romanticism. In this sense, increasing the visibility of the disappearing crafts and craft workshops will be an important step towards creating hybrid production models which in turn will embrace crafts again.

Crafted in İstanbul aims at creating a map system that will make craftsmen visible, making it possible for designers and craftsmen to work together, documenting and analyzing the process, and searching for the possibilities of integration of craftsmen into current design system. What is intended in creating a map system is that it will make craftsmen visible on an interactive online platform in which it will be possible to see craftsmen’s workshops, basic information such as their contact information and area of expertise, and workshop images and stories of the products.

The map has been created by finding new craftsmen via the ones we knew before, and repeating the process (the snowflake model). Our current map consists of 100 craftsmen who specialized in metalwork, wood, glass or textile production, and who are located mostly in and around the Historical Peninsula, Dolapdere and Şişhane region. Our research for an expanded map is underway. 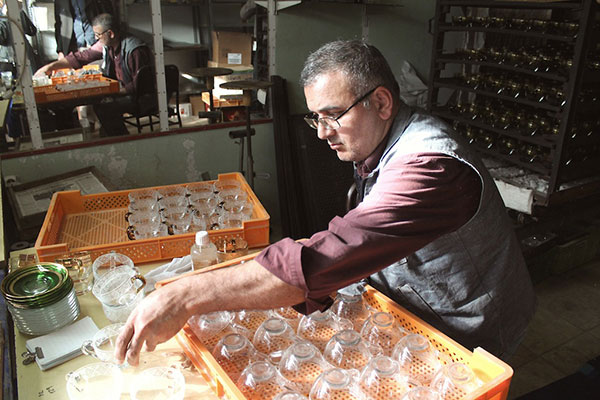 Before Paşabahçe Factory was closed, we were at least 200 artisans here working together. First the factory was closed, then the workshops were closed one by one. Now we are only a few craftsmen in a few workshops. In less than a few years, we will be gone too. 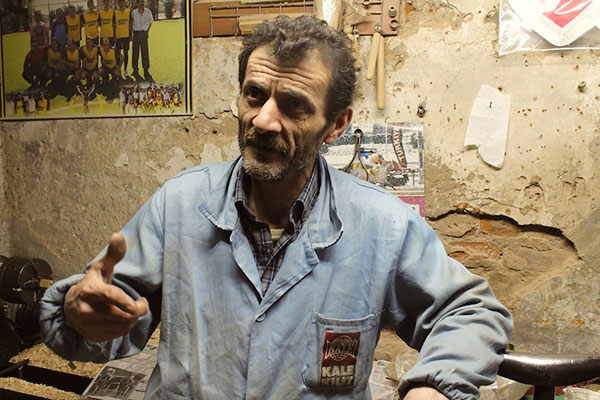 I was a kid when I left my hometown and came to Istanbul to learn the craft. In those days, it was out of question to go back without learning the craft. Today, they intimidate us saying that they don’t want such workshops around and that it will be a touristic area soon. This is the craft I grew old with in this neighborhood. 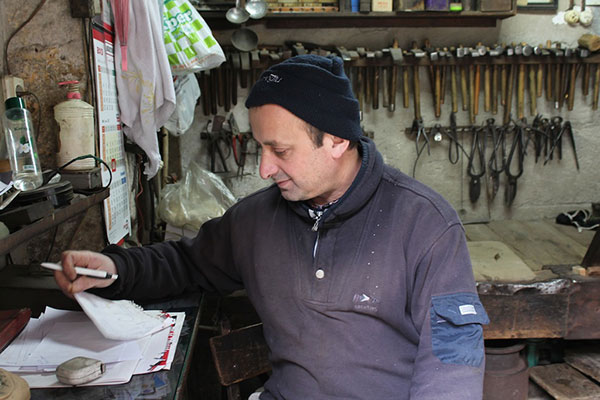 This workbench and most of the tools you see passed on to my father from his master and to us from my father. The tools live as long as they are used. There is neither an apprentice to continue practicing this craft, nor enough work to make this workshop survive.